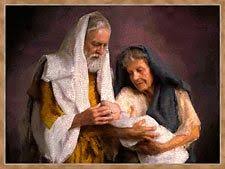 Chapter 20:2 causes the reader to gasp for breath and to hurriedly turn back to chapter 19 to see whether he is still reading about the same person.  Is this the same man with whom God had entered into a covenant in such a dramatic way, with whom He sat eating in front of his tent, the man who accompanied him to Sodom and Gomorrah and who had tried to persuade Him to spare the two cities; is it the same man who had been walking so intimately with the King of the universe, who was now trembling because of a little earthly king and who is now, for a second time, telling a lie that Sarah was not his wife, and that after he had paid so dearly when he had done this before?

You clean the lenses of your glasses and look more closely; certainly, this is indeed the same Abraham and no one else.  And this incident was shortly after he had fellowshipped with God in such an intimate way, for it was then that God had promised that they would have a child within the next year and the fact that Sarah was pregnant was not even visible in her body yet, or else Abimelech would not have taken her as his wife.  So, let us try to calculate and say that this incident was within six months after God had appeared to him.  “Abraham, hero of faith in the making, what happened to your faith?  Has there been, during the 24 years that you have been in Canaan, any spiritual growth in your life?  But certainly, you are that courageous man who went after the Canaanite kings and delivered Lot from their hands.  Why is fear still playing such a major roll in your life?”

But – what about me?

But then you think of your own life.  You think of your own experience; how age old sins and weaknesses of which you were certain that they had been conquered, suddenly, unexpectedly popped up from behind a bush, overwhelmed and bruised you and left you lying in the dust:  liquor, a cigarette, interest in the opposite sex, anger, pride, fear, trusting in your own ability, these left you lying spread-eagled like a rag doll on a playground.

God again delivered Abraham and Sarah from their dilemma

But God …. . He interceded again to get Abraham and Sarah out of the dilemma by appearing to Abimelech in a dream and warning him to return Abraham’s wife.  This is now the second heathen king of whom we read, to whom the Lord spoke personally and not by means of a prophet.  Had these after all, there in the heathen surroundings in which they found themselves, come to faith in the one and only God by the working of the Holy Spirit?

Abraham had also judged the people of that city too hastily, coming to the conclusion that amongst them, there was no fear of God. Possibly his experiences with God had lead to spiritual pride.  “Therefore, he that considers himself to be standing, should take heed unless he falls.”  (1 Cor 10:12).  Once again Abraham, after having received a stern rebuke from the king and tugging Sarah by the hand, had to leave the palace in a hurry, blushing all the way back to his tent.

This is the first time that we read of God referring to Abraham as a prophet (a spokesman for God) – an important office.

It is so humbling also to note that the Lord heard the prayer of His fallen servant and recalled the punishment He had spoken over the king and his people.  How great is God.

The Lord kept His four-fold promise to Abraham up to the letter.  He gave him a son; a son who Abraham himself had conceived; a son of whom Sarah was the mother and not a surrogate slave girl; a son born at a time God had prophesied it would be.

In this God reveals to us his absolute power and faithfulness to keep His word.  Who of us can guarantee that He would do something or other for someone else 25 years from now and keep his word?

Abraham and Sarah too, can be praised for their share in what God and man together had accomplished.  For 25 years, they had persevered in trusting God, sat together at night in front of their tent counting stars, praying and believing, calling one another by their new names (“father of a multitude of nations” and “mother of nations”) while their slave women, each having a number of little ones around them, giggled behind their backs.  When speaking about their promised heir, they called him by name, speaking about Isaac as if he already was there.  Often their faith had stumbled, given way to the pressure of the years, fell down, but staggered up again and continued, persevered until they were rewarded – after 25 years.

What is a sweeter reward than the reward of faith? Likewise, you and I will also, as we persevere right up to the end, one day stumble through the gate of heaven and receive the laurel-wreath for victorious faith (2 Tim 4:7,8).

Isaac was a child of faith and so also are we who, by faith in God the Father and his Son, was born again by the Holy Spirit.

Sometimes we wonder whether we are still believing because we feel dead inwardly. We feel as if our faith is as little as grains of sand slowly trickling through an hourglass, just a few grains at a time. We feel barren. Our emotions of rejoicing in God die away. What then? If we continue doing what we believe He told us to do, we are still walking by faith. Our obedience proves our faith. Agree?

If Abraham had not circumcised Isaac, it would have kept God from executing His plan by building a mighty nation through that boy.

The life of a Christian is like a row of flat stones laid across a riverbed to pave a way to the other side.  We need to take the steps of obedience carefully, one at a time, to arrive safely on the other side.  Should we miss one because we are looking around at other things, we end up in the stream and there is a lot of splashing around to regain our tranquility.

How about naming your next child, “Laughter”?

Sarah was 90 years of age when Isaac was born and remarked that God had caused her to laugh and that everyone who heard of what had happened to her, would laugh with her (Isaac means “laughter”).

The lips of Sarah’s mockers were now sealed.  When her servant girls came to congratulate her, and looked into her sparkling eyes, they had to hang their heads in shame.  Their children, however beautiful, were born by the will of man, but hers by the will of God; a wonder child, a heavenly child.  There is a saying, “He who laughs last, laughs most/best”.  On top of it all, it was not necessary for her to resort to the assistance of a wet-nurse, because the Lord had renewed her body so completely, that she was able to suckle the child herself.

C. WHY DID ABRAHAM AND SARAH HAVE TO WAIT SO LONG FOR ISAAC?

This is how God builds a spiritual nation for Himself, a nation of born-again people.

Mankind will always try to be accepted by God by doing good deeds to please Him, but this is futile, a waste of time. Abraham and Sarah did not beget Isaac by their good deeds; in effect it is recounted how terribly they failed. But through it all they kept trusting that one day He would make true His promise, perform a supernatural deed and bring forth a son of faith.

Have you been born again by the Holy Spirit?